Live Together or Die Alone

People debate over all sorts of political questions — war, warming, racism, medicare, and so on — but the question beneath all the others is rarely mentioned: community versus individualism.

The 17th century philosopher Thomas Hobbes said that the natural state of humans is a “war of all against all.” That’s a good description of our economic system of separate property, which has dominated the planet for 12,000 years. Hobbesians say greed is inherent in human nature, but I have a different explanation of its origin: Separate property causes competition, which causes fear, which causes greed. 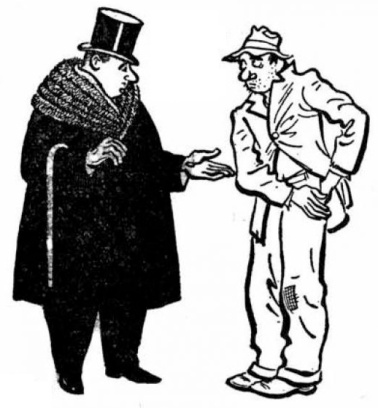 Moreover, separate property necessitates trade — for labor, food, everything. Trade favors the trader in the stronger bargaining position, so inequality increases; wealth becomes concentrated in few hands. Thus the non-wealthy chanted “we are the 99 percent” in Occupy Wall Street.

Money is influence, so we have been ruled by kings and plutocrats for 12,000 years. The so-called “democracies” of recent centuries are only an illusion: Gilens and Page demonstrated statistically that, regardless of elections, the rich get the public policies they want and the rest of us don’t. Their policies include measures to further enrich themselves at public expense, to retain their power. They also own and control the “mainstream” news media, and perpetuate the idea that the present system is just, natural, and the only system possible. Concentrated power corrupts, so poverty and war are based on lies for profit.

But a few indigenous tribes managed to avoid the Hobbesian lifestyle until recently. And the Hobbes system has only dominated the planet for 12,000 years. For the previous 200,000 years, we were all hunter-gatherers, living in tribes of 25 to 80 people, caring and sharing as friends and equals. That’s still what we teach our kids, still where we turn in crisis, still who we are genetically. Can we return to sharing, and should we?

Some people claim that humans are not capable of caring about more than 25 to 80 people, just the people we know personally. I can counter that claim easily. Many people have volunteered to fight and die in wars, “in defense of their country” — an entire society, mostly people they’d never met, far more than 25 to 80. Actually, they were fooled — they were fighting for one rich plutocrat against another — but that is beside the point; they volunteered because they believed they were defending their country.

The idea of sharing with everyone is not new:

Sharing has always been available to humanity as a choice, but recently it has become a necessity for several reasons:

We are on the verge of extinction. Even the rich hiding in their bunkers will quickly run out of canned food. We finally have selfish reasons for becoming unselfish. We can no longer live separately; we’ve but one Earth on which to live.