Most People Would Be Surprised

I think most people would be surprised, perhaps even astonished, if they heard my political views. Here are my views, very briefly: 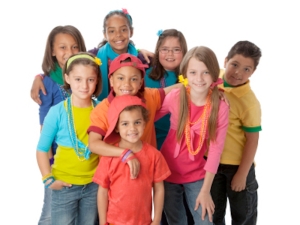 We need to give up private property, and figure out a way to share everything. It needs to be a cultural change, voluntary for nearly all of us, not imposed by force as some kind of law. Otherwise we will all die quite soon from some sort of ecocide – most likely either climate change or nuclear war. Admittedly, the 1% will refuse, and so the 99% will have to expropriate them. The hard part is in getting most of the 99% to see, for sharing is unfamiliar to our society.

Yes. Climate change is coming bigger and faster than the corporate press says. Feedback loops cause exponential acceleration, and tipping points cause additional abrupt increases. But our governments are doing almost nothing – like tossing a teacup of water onto a house that is fully in flames – because the governments are steered by the corporations, who can think of nothing but short-term profits. We will only end rule by the wealthy class when we no longer have a wealthy class. And nuclear war is becoming more likely, because our so-called “leaders” are starting to believe they might be able to “win” a nuclear war. We’ve already come close to an accidental nuclear war many times. We’ll only become safe through mutual disarmament; that will require friendship; that won’t happen unless we start sharing.

“Can’t we solve the problem with reforms? How about ‘green capitalism’ or ‘compassionate capitalism’ ? And don’t we need capitalism to motivate innovations?”

No, and no. “Compassionate capitalism” is an oxymoron, like “compassionate greed.” And perhaps you don’t realize just how greedy the capitalists really are. Look at our many many wars – they are all mass murders based on lies to make a few rich men richer. If you sign a contract with Satan, you can be sure that all the loopholes work in his favor, not yours; greed cannot be safely harnessed.

And plenty of people are motivated by better emotions than greed. For instance, Jonas Salk chose to not patent his polio vaccine or seek any profit from it, in order to maximize its global distribution.

“But such a change isn’t possible, for people are basically greedy and people don’t change.”

That’s not true. We have seen many different human cultures on this planet, and some of them have shared. Chiapas and Rojava are sharing societies today.

And people do change. Sapolsky’s baboons (https://youtu.be/A4UMyTnlaMY) accidentally changed from a culture of bullying to a culture of friendship; what they did accidentally, I am sure we humans can do intentionally – particularly once we realize that otherwise we’re all going to die.

“But won’t it be difficult to spread this understanding?”

Yes it will. Please join the effort.