“This Changes Everything” Doesn’t Change Enough 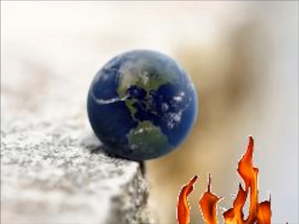 I was disappointed by Naomi Klein’s 2014 book, THIS CHANGES EVERYTHING: Capitalism vs the Climate. I feel it didn’t live up to either its opportunity or its title. Klein never discussed externalized costs, and never explained that capitalism is inherently ecocidal. In fact, she never really analyzed capitalism at all. She pointed out many ways that capitalism is destroying the ecosystem, but she never really pointed out the pattern. (She described the trees but not the forest.) She ended up recommending various ways to reform capitalism, to make it more green, as though that were possible.

I was disappointed. I had been looking forward to the book for several years, ever since I read that she was working on it. I hoped that she would tell the things that I have seen. No such luck.

Klein — like most climate activists — has fallen into a form of “left denialism” that she herself warned us against in her 2011 article, “Capitalism vs the Climate” (https://www.thenation.com/article/capitalism-vs-climate/). In that article, Klein said that the left and right are both in denial about climate change, but in different ways.

Admittedly, the perception of a need for change is a matter of degree. A person who sees herself as “radical” may be called “reformist” by someone who sees a still bigger picture.

Klein and most other environmental activists call for changes that they consider drastic, within the context of capitalism. I am convinced that even if implemented, those changes will not be enough.

There is no kinder, gentler, greener capitalism. Externalized costs (unmeasured side effects) are inherent in all trade; therefore ecocide is inherent in any kind of capitalism. Therefore, avoiding the near-term collapse of the ecosystem and extinction of our species depends on ending capitalism, which — unlikely though it may seem — becomes more likely if more people understand its necessity. So pass the word along.